Teoh Yik Haw: A model student for the rest 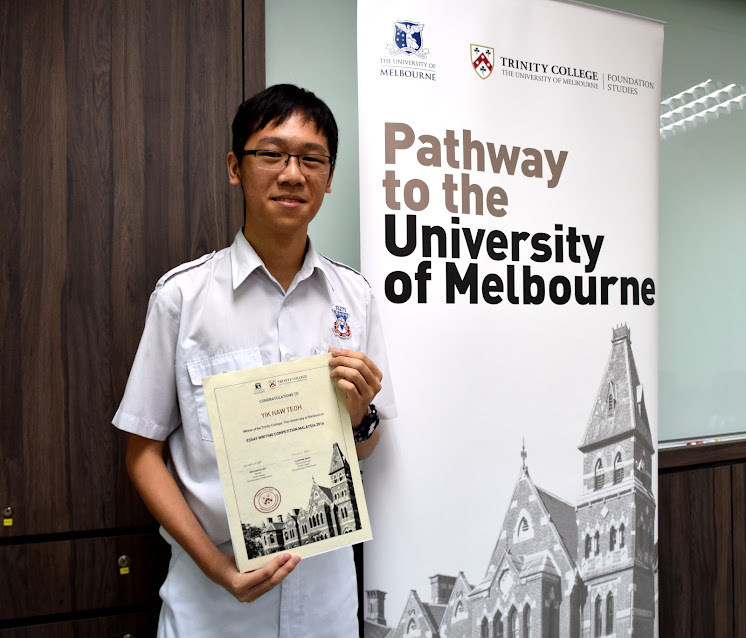 Writing essays is typically one of the toughest skills to learn for the students of Chinese Independent schools, yet our student, Teoh Yik Haw, aged 16 of S1scA shone in the Trinity College yearly essay competition of 2016. Teoh has made our school proud by being one of the 4 Malaysian winners. He has won a scholarship for 2 weeks to the Young Leaders Program in Melbourne, in December 2016 worth AUD 3600. He will be joining the other winners from different parts of the world to experience life in the campus away from home. This will be a very good experience for him and will provide him the opportunity to socialize and embark on a journey of his interest; Physics.

This is the first time Kuen Cheng High school has participated in this prestigious world contest. With the title, ‘Is Technology a Friend or a Foe?’ Teoh Yik Haw has expressed his views on technology as a friend, supporting his argument by stating benefits in particle accelerator research, such as building blocks of matter, cancer therapy and advanced space propulsion. His piece is appreciated due to the uniqueness in preparation as well as its authenticity. The writing was tedious but he was meticulous.

He came to know about the contest when he saw it on Kuen Cheng e-class platform, a useful source of message delivery. All internal and external contests and competitions are delivered to our students via our e-class platform. Students are encouraged to participate on their own initiative. Thanks to our dynamic principal, Madam Gooi Swee Gaik for her transformational approach support.

According to the organizer, the competition was very keen but Teoh managed to convey his ideas due to his own personal interest in Physics. Claudine Ngoh, the regional manager of Trinity College, University of Melbourne who came personally to present the award, commented on the quality of his work. The imagination of his ideas may turn into reality. As the saying goes: “Some write what they know but wise students know what they write”! Well done and congratulations to Teoh Yik Haw. 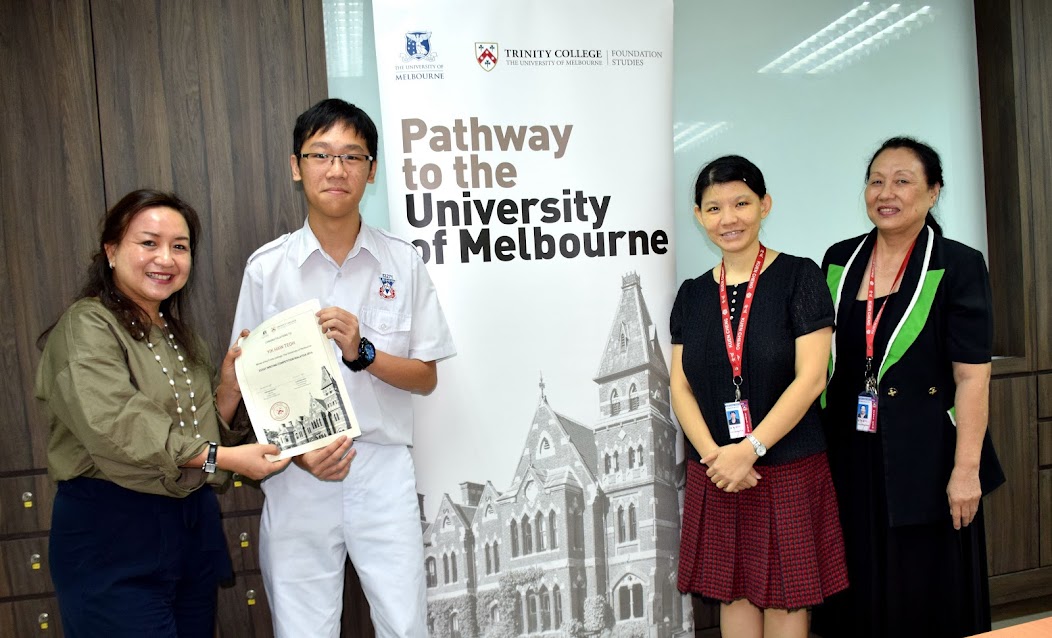